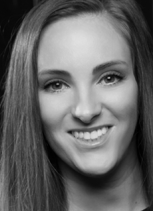 Jennifer Barker attended the University of South Florida, where she majored in Elementary Education. Jennifer was employed by Pinellas County Schools as a certified itinerant Dance Teacher for 3 years where she instructed over 300 students at various Elementary, Middle, and High Schools in the North Pinellas area. Jennifer currently instructs and choreographs for the color guard/winter guard’s at Tarpon Springs Middle School. In addition, Ms. Barker has choreographed dance and instructed many teams, camps and competitive routines from the Elementary to the High School level. As well as an instructor, Jennifer has performed as a member of the WGI World Champions Northeast Independent for a consecutive 6 years along with the DCI Finalists, Boston Crusaders. Most recently, Jennifer was selected as a featured dancer during the Spinfest showcase for world renowned, Mia Michaels. This is Jennifer’s 11th year as Director and Choreographer for the Conservatory for the Arts DANCE CAMP.

Jeannine Ford attended Fresno State University, where she majored in dance and minored in theatre. She has been a performer in many dance troupes as well as a performing member in The DCI World Champions Cadets of Bergen County, and WGI World Champions Emerald Marquis. In 2004, Jeannine was selected as choreographer and instructor for The Bands of America Rose Bowl Honor Band. Jeannine has been the director of the color guard at The Tarpon Springs High School Leadership and Music Conservatory for the past fifteen years. Her responsibilities include directing the marching band color guard as well as the WGI World Class Winter Guard. In addition to her responsibilities at Tarpon Springs High School, Mrs. Ford has designed and choreographed for many color guards throughout the band and drum corps idioms. Mrs. Ford enjoys an active schedule as a clinician and also teaching color guard and dance camps throughout the Southeastern United States. In 2002, Jeannine had the distinct honor to choreograph the visual ensemble for The Opening Ceremonies for the FIFA World Cup Soccer Games in Daejeon Metropolitan City, South Korea. This is also Jeannine’s 11th consecutive year with the Conservatory for the Arts DANCE CAMP. 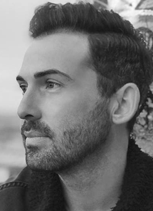 Jason Herrington attended St. Petersburg College, where he majored in Elementary Education. Jason has been involved in the colorguard activity since the age of 9. While growing up in Tampa, Florida Jason was surrounded by amazing colorguard programs and teachers. Starting in 2003, he was a performing member of the Independent World Class Bronze Medalist, Northeast Independent winterguard and continued through 2010. Jason has also performed as a member of the 6 time World Class Champions, The Cavaliers Drum and Bugle Corps. He continues to pursue the activity through teaching several programs across the country. Furthermore, Jason was the colorguard director at Countryside High School (2006 SA WGI Bronze medalists) for the past five years and also instructed The Bluecoats Drum and Bugle Corps. Jason has been an important impact in the Pinellas County area by choreographing for such groups as Tarpon Springs HS, East Lake HS, and Sickles HS. Most recently, Jason was selected as a featured dancer during the Spinfest showcase for world renowned, Mia Michaels. Currently, Jason just completed his sixth year as the Dance Director at Tarpon Springs High School as an itinerant Dance Teacher for Pinellas County Public Schools. Jason teaches over 100 dancers a year in 7 different periods and also choreographs over 30 routines a year. On his free time from work he is an avid instructor/choreographer for the Tarpon Springs High School Indoor Performance Ensemble. This is also Jason’s 11th consecutive year with the Conservatory for the Arts DANCE CAMP. 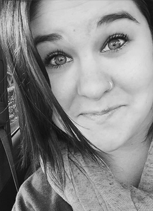 Maggie James attended Tarpon Springs High School where she led the National Champion Winter Guard under her precise Leadership. Maggie was a dedicated and talented member of the Leadership Conservatory for the Arts. Upon graduating in 2009, she has been involved in Tarpon Springs High School with her excellent instructional skills for the Leadership Conservatory’s award winning Magnet Program. We have been thankful to have Maggie on-board with the Conservatory Dance Camp for the past 7 summers. Maggie currently attends St. Petersburg Community College where she is pursing her degree in Nursing. Anything you see on stage, in the kids hands while dancing, you can bet Maggie was the mastermind/creator behind it! This is also Maggie’s 11th consecutive year with the Conservatory for the Arts DANCE CAMP.

Jenna Hochberg joined the Conservatory for the Arts DANCE CAMP four summer’s ago as the Intermediate Choreographer. Jenna was a member of the Tarpon Springs Indoor/Outdoor Performance Ensemble during all four years of high school and served as the color guard captain her senior year. Jenna was a student in our very first summer dance camp in 2009 and upon graduating in 2013, she joined the Tarpon Springs color guard staff as an instructor. Working alongside Jeannine Ford, Jenna was the director of the Tarpon Springs A Guard for two years. Under her leadership, the A guard was able to compete in their first WGI Orlando Regional where they were a finalist participant. Jenna currently attends St. Petersburg College where she is pursuing a degree in Environmental Management.

Kayla Kersten joined the Conservatory for the Arts DANCE CAMP for her first summer in 2016! Kayla currently lives in Nevada, Las Vegas. She is going to school for business marketing and is on their dance team, the “Rebel Girls”, which traveled the country for multiple dance competitions and were named the National Champions in 2018. She competed in Pom, hip-hop, game day, and multiple hip hop sets. Kayla has been dancing since she was 6 years old and hasn’t stopped since. She was trained in ballet, lyrical, contemporary, kick, hip hop, tap, tumbling, jazz, musical theatre, pom, etc. She has a passion for each of them. Kayla has been teaching dance camps/ choreographing routines since 2014. This will be her 4th year teaching this camp and she can’t wait for this year and more!

Martha Estrada is currently Majoring in Elementary Education and works as one of the Directors at Dance Extreme Academy . She started her dance training at the age of three at L.A. Dance in Fort Wayne, Indiana under the instruction of Leslie Kolarz and Jacob Flynn. As a student she has trained in many genres of dance. Those genres include: Ballet, Pointe, Jazz, Lyrical, Tap, Hip-Hop, Contemporary and Modern. While competing at a regional and national level she received scholarships under Hall Of Fames Dance Challenge’s ALL -STAR Competitive League, Showstoppers, and Showbiz.

Martha started developing her skills as an instructor at an early age. She took the opportunity at local studios to be a class assistant and demonstrator. While auditioning in Honolulu, HI for the musical production South Pacific she made the roles of a French maid and Islander . Martha has taken master dance classes by Sabra Johnson, Joe Lanteri, Scott Jovovich, Tony Testa and many other renowned instructors. Throughout the years she has attended conventions such as NYCDA, Adrenaline, West Coast Dance Explosion, L.A. Dance Magic, Florida Dance Masters and more. She continues to fuel her passion by taking classes as an instructor.

Martha is excited to continue to share her passion for dance with students at Conservatory for the Arts DANCE CAMP for her 4th consecutive year! 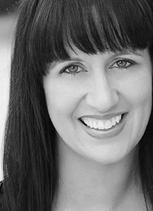 Stephanie Kersten comes to us with over 20 years of teaching experience. Stephanie was a competitive gymnast and cheerleader. Stephanie made the cheerleading team at Florida State University before becoming a semi professional dancer, choreographer and coach for Orlando football league. She danced for Tyra Banks, Run DMC, and other recording artist. Stephanie has choreographed for multiple Bowl games, competitive dance teams, studios, color guards and marching bands. Stephanie continues to teach dance at Lake Mary High School where she is also the coach and choreographer for 31 time National championship dance team the Lake Mary Marionettes. Stephanie has recently been named Dance Teacher of the Year from Dance Teacher Palooza and Summit in New York City. We are happy to welcome SteFABulous back for her third year!

Ryan Tatum is currently a student at University of South Florida studying as a business management major. Ryan performed with Tarpon Springs outdoor/indoor performance ensemble during all four years of high school and served as the color guard captain her junior and senior year. While in high school she marched in the 87th and 90th annual Macy’s day parade with both Tarpon Springs high school and the Macy’s Great American Marching band as a dancer. Ryan also had the opportunity of performing in WGI World Championships Earning 1st with Tarpon Springs World Class color guard in 2014 and 2016. In 2017 Ryan was a tech instructor for the Tarpon Springs outdoor performance ensemble dance line and assisted with the A guard program for the 2018 winter season. Ryan has been trained in contemporary, modern, jazz, tap and hip hop. She is currently a member of the University of South Florida World Guard. Ryan has participated in the Conservatory for the Arts dance camps for the last 5 years and happily became part of the staff for the tiny tots program in 2017.

Chelsea Earley is a former World Guard member for Tarpon Springs Leadership Conservatory of the Arts Program. She is currently a member of the University of South Florida World Guard and is pursuing a Bachelor Degree in Engineering. Chelsea has always had a passion for dance and was formally trained at the age of 12. Chelsea performed as a dancer in 2016 for the Macy’s Great American Marching Band in the Macy’s Thanksgiving Day Parade. Chelsea has participated in the Conservatory of the Arts Dance Camp for the last 3 years and happily became part of the staff for the Tiny Tots program in 2017.

Sam Haag is a former member of the Tarpon Springs Leadership Conservatory for the arts World Guard. She is pursuing a degree in nursing. Sam performed as a dancer in 2016 for the Macy’s Great American Marching Band for the Macy’s Thanksgiving Day Parade. She also had the opportunity to perform in WGI World Championships earning first place in 2016. Sam has participated in the Conservatory for the Arts DANCE CAMP for the last 6 years and became part of the staff for the Tiny Tots program in 2018.

Stevo Lumapas looks forward to returning to the Conservatory for the Arts DANCE CAMP as the campers and staff were thrilled with his success in 2013. Stevo is finishing his Masters degree! Bio coming soon.

STAY UP TO DATE

STAY UP TO DATE